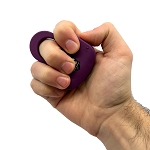 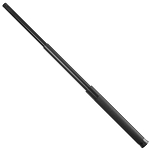 Posted by Protection Depot on 9/22/2014 to Surveillance Equipment
Surveillance cameras used to have a bad rep, but with more crimes being resolved, thanks to the business and home security cameras, such equipment is now highly in demand. But there’s only so much a camera can do, this is why there should be a combination of devices used, especially in so-called blind spots. The question now is how many of these should you have installed?

First off, you need to design an effective camera system. If you don’t want to ever miss a thing at home or in business premises, have indoor and outdoor security cameras added. It’s best to see what happens in and out of your property in real time, so any malicious intent is stopped.

Now, the best video security system must be fail-proof. This can be achieved by adding cameras on vital points.

There should be home security cameras installed at the entrance, exit and other egress points. If your house only has a front and back door, you can definitely save on installation cost, yet gain ample protection from burglars and thieves. After all, the equipment not only captures and records video footage, but acts as a deterrent as well. Most thieves must have the guts and skills to invade a home that has security cameras.

For 24-hour coverage, opt for infrared surveillance cameras, which are also known as Day/Night cameras. These contain an array of infrared LEDs that power up in low light and record in black and white even in complete darkness. Now that’s what you call “all eyes on you”.

A word of caution: Cameras must not automatically pan. This will give a group of burglars an opportunity to distract and then invade.

As security cameras evolve, so do thieves. Most of them know that cameras are likely to be installed at the entry and egress points, so they find imaginative ways to avoid getting seen and caught. Your next best weapon is to add infrared surveillance cameras in choke points. Since they won’t have a choice except to pass in such areas, you’ll definitely catch them in the act. However, make sure to use only narrow-angle lenses, so videos are captured in detail. Also, they must be strategically installed in such a way that all angles are seen and not just the walls.

Got a Monet or a vase from the Ming Dynasty? Considering that anyone can just pluck them out of your house, home security cameras must be trained on them as well. The same thing is true for any key assets in the office, such as products for sale and the spot where the cashiers or tellers are. Camera placement plays a major role in ensuring none of the valuable items get stolen. Whether you use regular or infrared surveillance cameras, take into account all possible angles of approach, especially the part where a camera can clearly capture and see the face of a perpetrator.

With eyes on these areas, you won’t have to miss a thing. So invest in excellent indoor and outdoor security cameras for your home or office.
Share |
Previous Post
Next Post